Legendary band THREE DOG NIGHT, now in its 5th decade, claims some of the most astonishing statistics in popular music. In the years 1969 through 1974, no other group achieved

Legendary band THREE DOG NIGHT, now in its 5th decade, claims some of the most astonishing statistics in popular music. In the years 1969 through 1974, no other group achieved more top 10 hits, moved more records or sold more concert tickets than THREE DOG NIGHT.

THREE DOG NIGHT hits wind through the fabric of pop culture today, whether on the radio where they are heard day in and day out, in TV commercials or in major motion pictures — songs like “Mama Told Me (Not To Come)”, “Joy to the World”, “Black and White”, “Shambala” and “One” serve to heighten our emotions and crystallize THREE DOG NIGHT’s continuing popularity.

This Grammy-nominated band is not content resting on its legacy alone. Always working to expand its audience, THREE DOG NIGHT has embraced and been embraced by 21st century music technology. New and existing fans are buying THREE DOG NIGHT’s music like crazy! 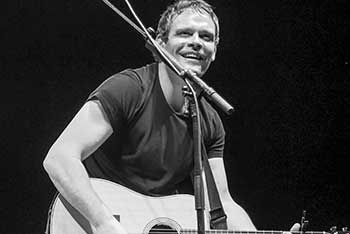 Danny McGaw is a singer-songwriter, multi-instrumentalist, producer and sound-engineer based in Ojai, California.  His voice packs an emotional charge that commands any audience.  Whether it’s intimate acoustic ballads or explosive folk rock anthems, his incisive lyrics and emotional intensity leave an unforgettable impression.

Under 18 Must Be Accompanied by a Paying Adult.

With regard and respect to the safety of our patrons large bags are not allowed. No bags bigger than10” x 6” allowed.

View All Events at This Location

The Canyon at The Saban in Beverly Hills Events
X
X