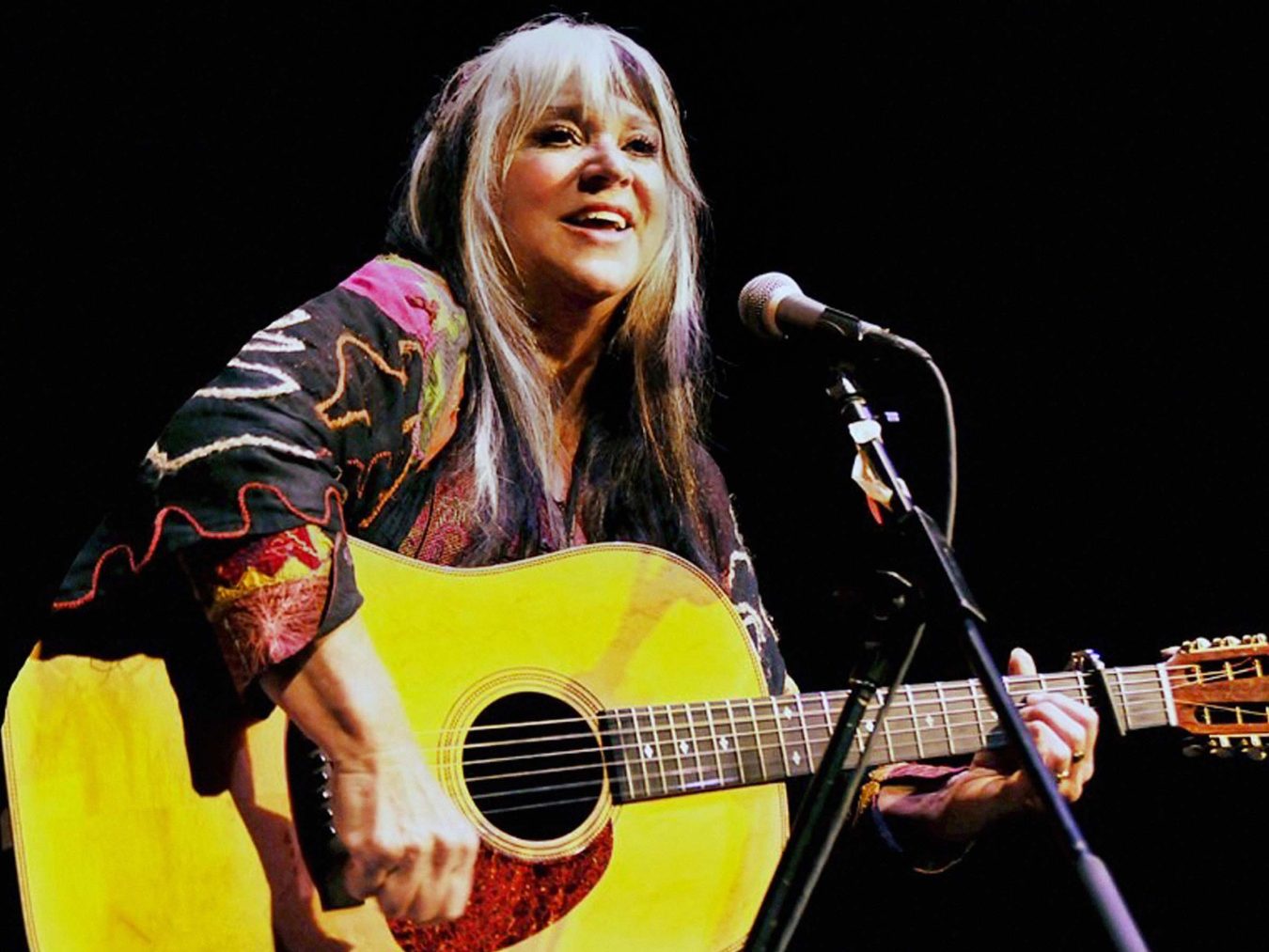 Melanie has become the voice of a generation. Her timeless music has proved her a force to be reckoned with, and after all these years her tunes are as catchy as ever. Many of us grew up singing along to her hits including “Look What They’ve Done to My Song”, “Lay Down (Candles in the Rain)”, and her No. 1 smash hit “Brand New Key”. Melanie’s music has made its way into several blockbuster movies including Boogie Nights and Jackass 3D, propelling her career even further.

Along with being an accomplished singer, Melanie is also well known for her songwriting and her humanitarian efforts. Her songwriting skills went on to win her an Emmy for “The First Time I Loved Forever”, better known as the theme song for the Beauty and the Beast television show. Melanie is very passionate about the charities she supports, including being an ambassador for UNICEF and teaming up with pop superstar Miley Cyrus to raise money to combat homelessness among the LGBT community’s youth.

Melanie took time out of her schedule to answer a few questions exclusively here where music meets the soul ahead of her upcoming performances October 14th at The Canyon and October 16th at The Rose.

Q: What was it like performing at the iconic Woodstock Festival in 1969, and how would you compare the atmosphere and vibes from today’s music festivals to that of Woodstock in it’s prime? What about this particular performance inspired your timeless hit “Lay Down (Candles In The Rain)”?

A: Using iconic as the adjective worries me. I should have some iconic memories; I waver between historic and hysteric. Woodstock: subject of myth and legend, right up there with King Arthur. There was never another. Because you cannot have another first.

After Woodstock I performed at every mega festival, and in recent times reunions: Woodstock ,Isle of Wight, Glastonbury.
In recent times they’re more in the realms of entertainment; something
you do, acts you go to see. I take nothing away from that, .but for people who came that day to that field it was more of a calling, connected with the spirit and emotions

There was a canopy of love and light over that hillside well into the night and above the rain where they lit candles right before I went on. This candle lighting began a tradition, and forever linked me to the lighting of things at performances.

I had the anthemic part of “Candles in the Rain” in my head on leaving Woodstock. Over and over the line from the poem ‘men can live as brothers, candles in the rain’. There was some pressure from my husband producer, Peter, and the record company to call that song ‘Woodstock’, or to have it in the title.
But I said no. The essence of this song is candles in the rain. I did allow them to put Lay Down in parentheses.

My moment of mythicizing is when a girl came to my small tent furnished with a box on a dirt floor, somewhere from the upper echelon tent, with amenities and said, “Joan Baez heard you coughing and thought you might like this.” It was tea! Hot tea with honey and lemon!!! To think my hero of heroes heard me coughing and sent me tea… You see, from the minute I descended the field from the helicopter I became more and more terrified at the thought that I was going to go on that stage nearly an unknown person, surely to my certain doom. The thought and panic manifested in a deep bronchial cough that got louder and deeper as the day progressed. And SHE heard me? It was as if the Goddess of Everything had sent me comfort.

At one point, because I didn’t even have a backstage pass, I was nearly taken out of the artist’s area into the crowd of 500,000 people. I had to sing to this Hells Angel type a line from “beautiful people”, which was the only song of mine being played on WNEW FM and what they called then underground radio stations, so he would let me back to my tent. Maybe two percent of the assembled had ever even heard that song and certainly didn’t associate it with a face or name…not yet. The phenomenon of me at Woodstock is that I walked on that stage an unknown person and walked off a celebrity. It had to do with the moment and me resonating with that crowd instantaneously.

I didn’t get to meet Joan Baez, nor did I get to hang out with Jimi Hendrix…not yet. I didn’t even make it into the first Woodstock movie! I did a whole set that night as the candles were being lit and that flow of humanity came toward me forever assuring me of our connectedness.

Little sisters of the sun lit candles in the rain

Myth and legend~
Something magical happened at Woodstock –I know –I was there. I was lady fucking Guinevere.

Q:. “Brand New Key” also known as “The Roller Skate Song”, was considered to be controversial at the time of its release due to a few lyrics that were interpreted in a way other than how you intended while recording. This led the song to be banned at several radio stations. What was your reaction when you discovered this, and why do you think artists today are able to get away with much more without it being an issue?

A: It was a time when people were reading things into lyrics. Some said it was sexual innuendo or that it related to drugs and key a code for kilo. I was just having a romp through my memory of learning how to ride my bike and roller skating, first love, and it all came about after going off at 27 day fast on nothing but water. It was the first song I wrote after breaking that fast.

I guess I can see why it was banned by some radio stations all across America. The background vocals, if you listen carefully, are singing “hump ha ha.” My husband Peter Schekeryk, while I was not in the studio, got the guys who sang “lavender blue dilly dilly” to put on a background vocal and they came up with “hump ha ha, hump ha ha.” Peter, what were you thinking?

It was the song that doomed me to be cute for the rest of my life. But I have come to terms with it, it’s a damn good song, that has sound tracked so many people’s lives and my own among them.

Q: You’ve performed on stages around the world; been named the Honorary Peace Ambassador of South Korea, and even becoming the first person to sing for the United Nations General Assembly. You’ve written music for theater musicals, and even won an Emmy for writing the lyrics to the theme song for the “Beauty and the Beast” television series. Between performing live and writing, which brings you the most joy?

A: Creation is it’s own reward, but the kind of creation that impacts your life the most, I suppose, is one that has an effect on people that can be felt in the most positive and inspiring ways. Performing isn’t immediate response you create — you’re there. This is an incredible cycle of you outflowing and people responding. Sometimes when I’m holding a note and it goes out into a crowd, and the intention and the message is from my highest self, I sense I am sending everyone home with a package that they can open anytime they need it or want it
Well after the lights go out, end it.

In writing the joy comes at the moment the idea becomes a song.
And I have expressed a little bit of my universe. A good song, a melody, a lyric that affects other people’s universes, well there’s just nothing like it!!!
So which one wins performing or writing. Fortunately I don’t have to make a choice, not yet anyway;)

Q: How did it feel to be honored with the Sandy Hosey Lifetime Achievement Award at the Artist’s Music Guild last year?

Q: How did you end up teaming up with Miley Cyrus for “Happy Hippie”? What inspired you to join the fight to put an end the LGBT’s youth homelessness epidemic, and how can others contribute and do their part?

A: Miley Cyrus said about one of my songs, “’Look What They’ve Done To My Song” is my life’s life song!” After that, I communicated to her, and for a year we talked back-and-forth. She said, “We’ve got to do something together,” and these words flew out of my mouth, “but what would I wear?”

I love Miley. Her heart’s in the right place and she is a Quester, a Seeker and a Believer, and an amazing talent as well.

Q: You’ve collaborated with many talented artists throughout the years, who is your dream collaborator that you have yet to work with?

A: Morrissey and Joan Baez.

Q: What does a Melanie performance experience consist of, and what message are you hoping performance-goers will take away from coming to one of your shows?

A: I think I have said something about this in a previous question and answer , but perhaps I say it best in the lyric to one of my songs:

Get ready to check out Melanie’s “brand new pair of roller skates” as she performs live where music meets the soul at The Canyon in Agoura Hills October 14th and The Rose in Pasadena October 16th.