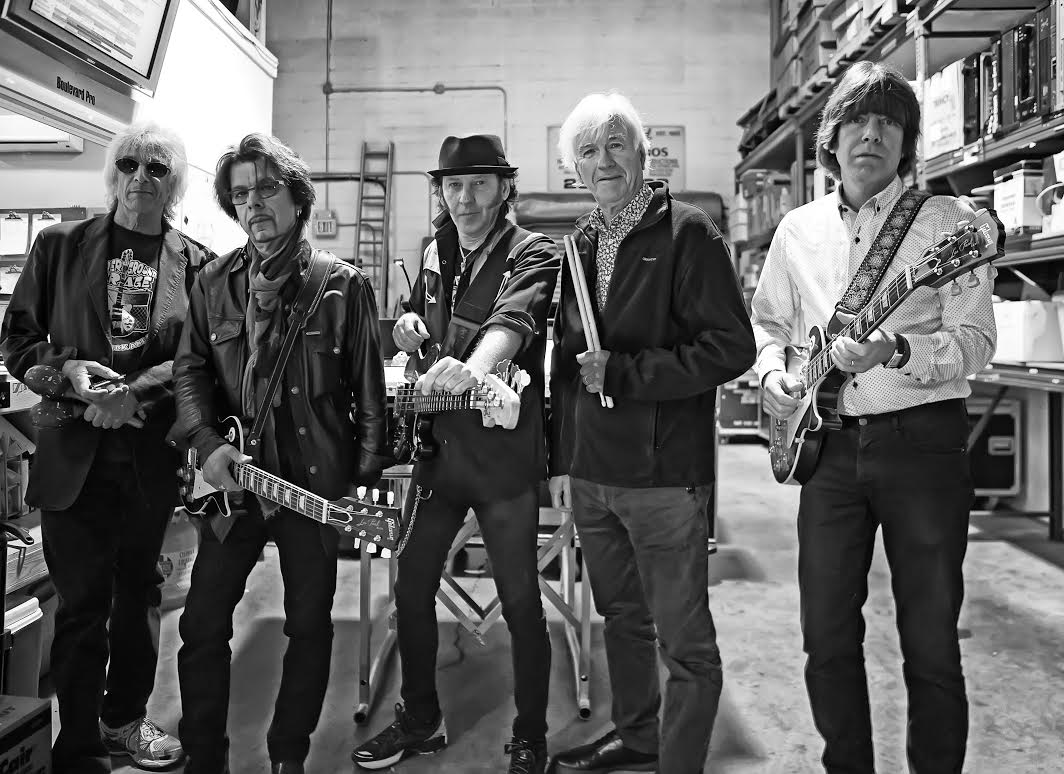 Rock and Roll Hall of Fame members The Yardbirds are ready to rock where music meets the soul. The Yardbirds stormed the US as part of the “British Invasion” in 1960’s and have spawned several mega hits along with introducing us to some of rock n roll’s greatest legends. Eric Clapton, Jeff Beck, and Jimmy Page were all included in the band’s roster, who have gone on to become household names.

The Yardbirds’ current line-up features original member, Jim Mccarty on vocals and drums, and he is joined by equally skilled musicians who each bring their own talent to the table. John Idan acts as the lead vocals with Johnny A on lead guitar, bassist Kenny Aaronson, and Myke Scavone performing vocals, blues harp, and percussion.

The Yardbirds were made famous with their Multi Million selling songs including their classic hits “Heart Full of Soul,” “Ain’t Got You,” and “For Your Love.” It was hits like these that caused The Yardbirds to be inducted to the Rock and Roll Hall of Fame in 1992.

Their latest studio album titled “Birdland” was released in 2003 and was the band’s first release in over 35 years. The final track on the album, “An Original Man (A Song for Keith)” was a touching tribute to The Yardbirds’ original lead singer Keith Relf who passed away in 1976.

Recalling writing the tribute, founding member Jim Mccarty said “We thought to do a song about Keith Relf as it was the first studio recording by the band since the 60s’. Gypie Mayo came up with the guitar riff and I came up with the tune and chords. Chris Dreja, John Idan and myself wrote the lyrics.”

The first few lines of the song really sum up the bands’ feelings towards Keith, and how his legacy would live on: “A man I knew died too young, and in the end his song unsung, he touched my life, he touched my soul, given time he’d reach his goal.”

Get ready to experience these songs live and in person as the Yardbirds take the stage at both The Canyon on Thursday, July 21st, and at our newest venue The Rose on Friday, July 22nd.