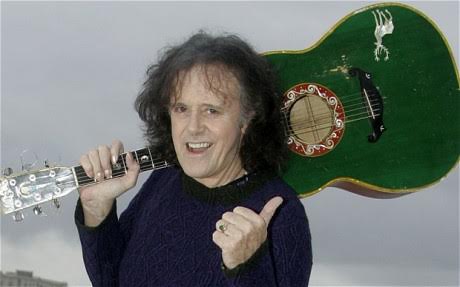 In Celebration of the Sunshine Superman Tour Fiftieth Anniversary

Many feel the 60’s was the greatest era in rock music. The 60’s brought us the British Invasion, The Summer of Love, and the Psychedelic 60’s — and through that came a flurry of amazing artists and songs. One artist in particular, whose mystical sounds, alluring lyrics, and musical intensity made him an iconic poet/singer/entertainer, is Donovan. He has taken fans on a musical journey for decades now, and continues to please old fans while introducing classics like “Sunshine Superman,” “Catch The Wind,” “Hurdy Gurdy Man,” “Atlantis,” “Mellow Yellow” and so many more to new generations.

With appearances at The Saban and The Rose in October, Southern California will get to experience first hand just why Donovan remains a legend to this day, with a stage show that will both bring back memories and create new ones.

Q: Donavan, your career has put you in Icon status and it’s a pleasure to present some questions to you. What are your fondest memories of the British Invasion and the Psychedelic 60’s when the world was introduced to your amazing music?

A: When we invaded the USA the girls were still in Pony Tails and Bobby Sox, the boys in crew cuts and plaid shorts. We appeared as if from another dimension…and we were.

Q: In the past the comparisons to Bob Dylan always seemed to surface. Was there a competition between you both and have you spent time together over the years?

A: See the latest post on my Facebook by Trevor. Dylan and I are from the Fraternity of Poets, and poets have always competed for prizes. It’s always up to the audience which poet moves them the most.

Q: What was it about the songs you created that make them timeless? I know when I still hear “Catch The Wind,” “Hurdy Gurdy Man” and “Atlantis” they still sound amazing and relevant, what inspired such music?

A: Three questions, the first to be answered by you, not I, the second it’s the hopeful melancholy in my work that mirrors your own journey you are on, and third, the inspiration is from deep within where all the stories begin.

Q: Tell us about how your live show is today and how your fans both new and old react to what they get out of Donavan performance?

A: Come and find out.

Q: Who are some of the musical artists that have inspired you and whose music today attracts your interest?

Q: Can you narrow down what some of your favorite songs are to perform and why?

A: “Ballad of Geraldine” and “Guinevere,” as I can bring an audience close to the transcendent.

Q: If you could do all over again, is there anything you would have done different ?

A: Everything we do creates everything that we are, so we cannot do anything over again.

Hello all at Saban and The Rose…I will be with you soon.

You can see Donovan live and in person October 7 at The Rose in Pasadena, and October 8 at The Saban in Beverly Hills. Don’t miss this Fiftieth Anniversary Sunshine Superman tour!